Time to get back to this blog

2020 is surely an interesting year and promises to get a lot darker before it gets better. My year started out with the death of my 97 year old mother. The next month was the death of my granddaughter’s grandfather. Another death in the family in April. Along with all of that grief, along came the Corona virus, also known as Covid-19. That became real for us the day after my birthday in March when our governor asked us all to stay at home because of the virus. We have pretty much been in-house since then.

The week after we were starting our shelter-in-place I could not sew enough. I was sewing on different projects sometimes as much as 6 hours a day. That lasted several weeks. I am now at the point of not sewing more than an hour or two a day and sometimes going a week without sitting at my sewing machine. That doesn’t mean I am not working on projects. I still have my owl embroidery blocks I am working on. I also read a lot and search the internet and Pinterest for recipes. I have been cooking more than I have since all the kids lived at home. I can tell because the scales are going up and up and up.

One of the projects I completed is my Bee Bee Bumbling Bee 🐝 quilt. I have been collecting bee fabric for years knowing I wanted to make a bee quilt. Using a Moda Layer Cake Mix, I made the one shown here. After it was all finished, I have it to a friend of Gil - Jim. Jim is a beekeeper. He came by yesterday to get it. He loved it. 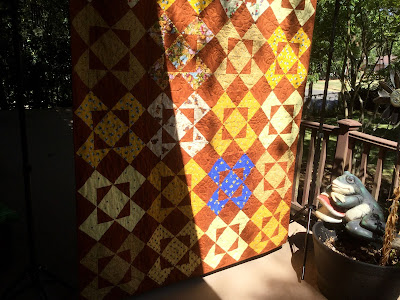 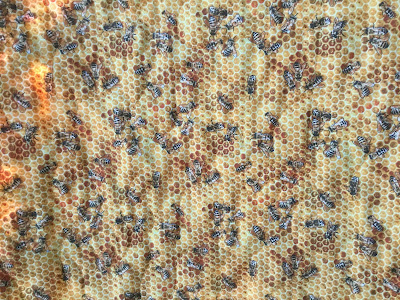 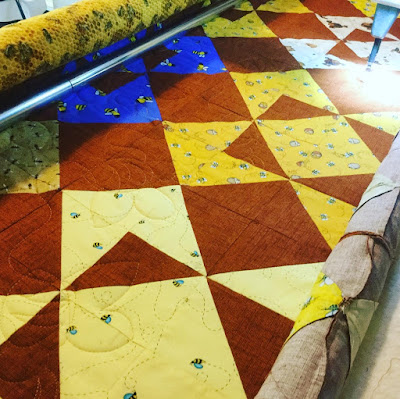 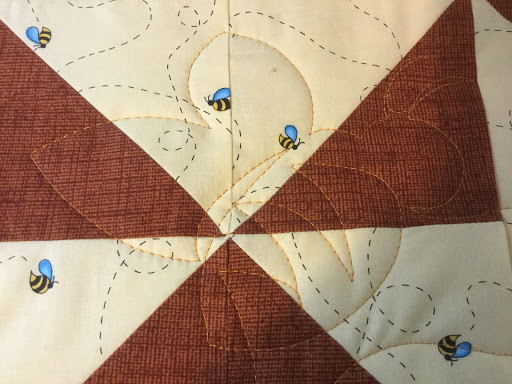 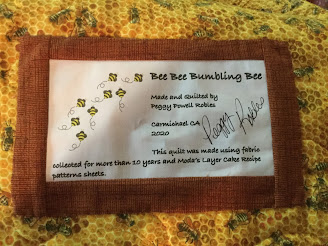 The second picture is the backing. I ventured into my two closest quilt shops to see if they had anything I felt would work for the backing. I did not find anything there, so I went online and found the perfect material at Hancocks of Paducah. Jim liked the back as much as the pieces front. I quilted it on the long arm using a bee pantograph. It all came into making a beautiful quilt.

Email ThisBlogThis!Share to TwitterShare to FacebookShare to Pinterest
Labels: Quilt Shops, Quilts I have made