So my sister, Anne, asked me to make her a thread catcher for her birthday. Okay, Anne, I will. What are you going to make me? No response.

Her birthday was in the middle of February. At that time I was busy finishing up the Golf and Guitar quilt (see previous post). It was due at the golf course at the end of February. So the thread catcher had to be put off.

Finally last week, I figured I should work on that project. I found a pattern I had when I had the store. I was always going to make me one. I figured that was the pattern I would use for Anne's.

It comes with an applique flower on the pincushion part. I love applique, so I started there. As I was getting fabrics out, I figured I might as well make one for Elisa, my daughter. She had asked for one, too. Then I thought of my other sister, Kris. She loves to sew and would appreciate it. So now I'm up to making three. Well I always need something like that when I go to classes, so I added another one. Four is almost as easy as making one if they are done assembly line style, so off I went. Half way through, I thought of my friend, Venita. She would love one, too. I was too far along at that time to start on a whole new one, so sorry, Venita, you are not getting one.

The pattern called to put those little plastic balls in the pincushion, but I think those would dull the pins and needles. Gil and I went to Lowe's a purchased the smallest bag of play yard sand they had - 50 pounds. I funneled that into the pincushion instead. Sand is known to sharpen pins.Oh and by the way, I have a lot of sand left over if anyone needs any.

I made the four of them in three days time. Pretty good for a procrastinator like me. I took pictures this morning before I prepared my sisters' for mailing. I had already given Elisa hers, so it is not included in the pictures. I'm keeping the blue one.


I think these are going to work great. 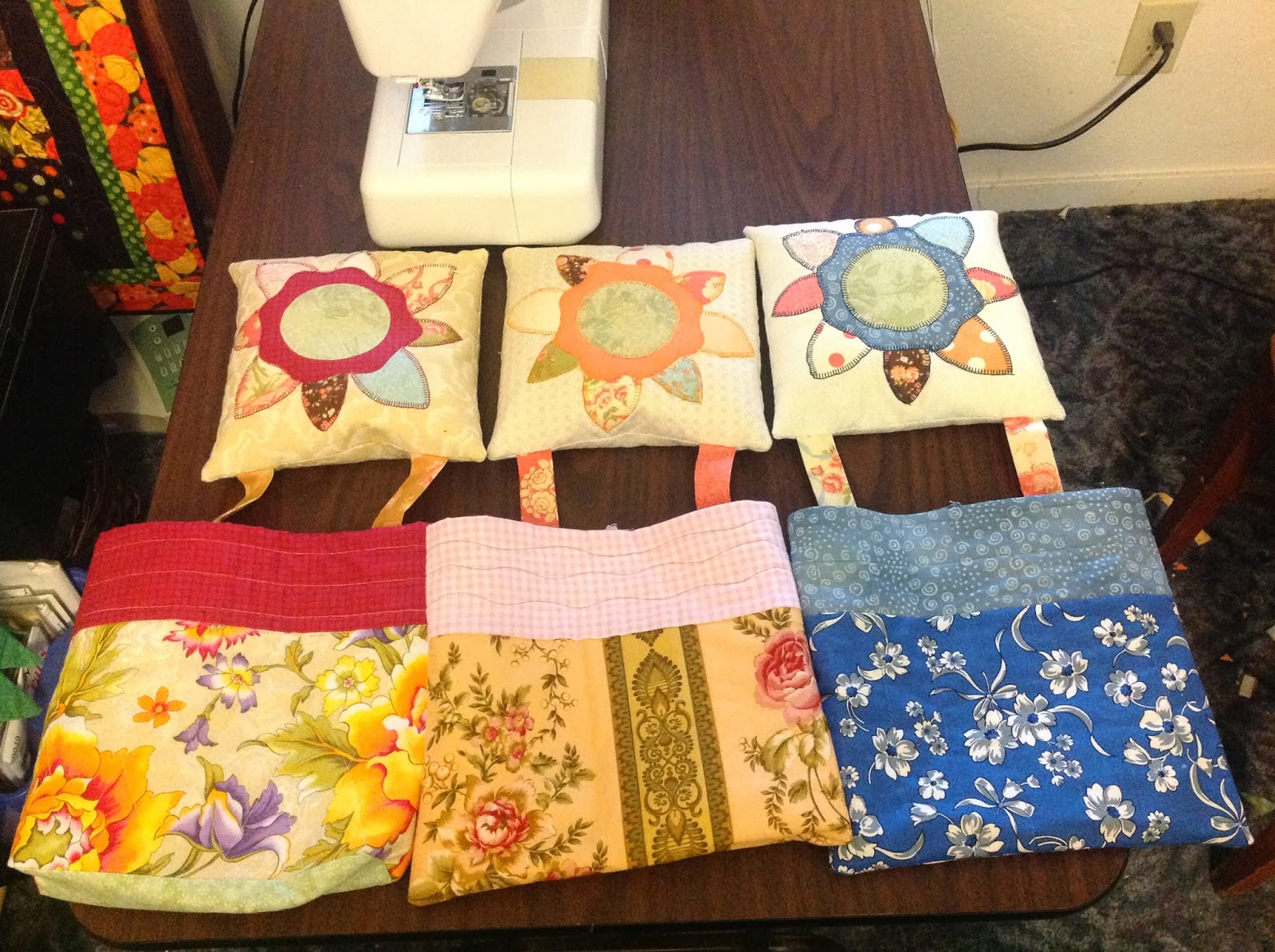 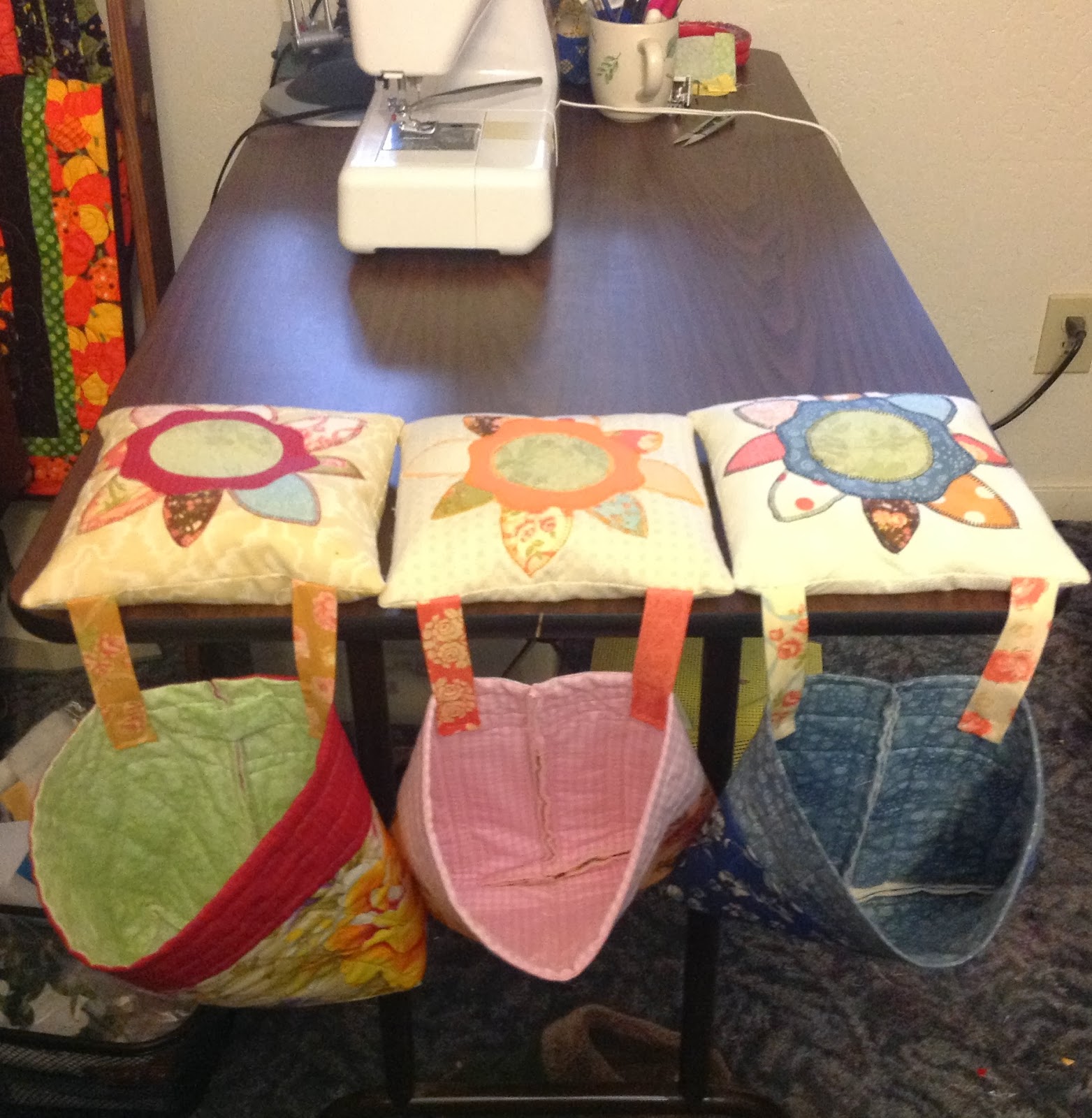 Now my sisters don't have theirs yet, so, shhhh, don't tell them.

The pattern I used is the Flower Pot Pincushion and Threadcatcher by Margo Langueodoc.